Does ‘no strings attached sex’ exist? Here’s what people said and 4 tips on how to have it. 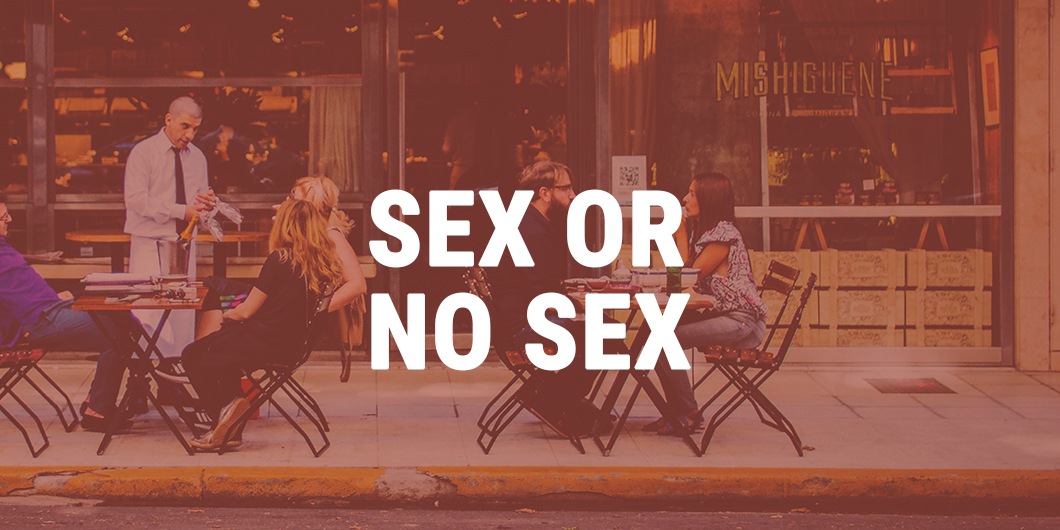 Yesterday, I asked friends on social media if ‘no strings attached sex' existed.

The answer was a resounding…maybe.

Just like the current state of affairs in the United States, we are a nation divided when it comes to whether ‘no strings attached sex' exists. Can people fully detach when engaging in the most intimate of activities together? I received 42 replies letting me know.

No, it's a nice idea, and I've tried, oh have I, but something is always attached

But it depends. On what? On who you do it with. It depends on if you’re really upfront about it, or if you can detach and really let it be a purely physical act. And it depends on how much you like the person.

Yes! Depending on how you define ‘strings’.

What are strings and why don’t we want them attached?

…anything that makes it more than just 2 humans fucking.

Strings are hope, expectations, obligations, feelings, and anything else to connects us to our sexual partner.

It’s hard not to have these when having sex with someone. We’re not robots. As much as I tell myself not to have expectations I still end up having them. I tell myself it’s just one time but then finding myself hoping that it wasn’t just a one time. Or that it’ll eventually be more than sex.

Are strings obligations to your partner? An obligation to call two days later to ‘check in’?

What about feelings? Feelings of connectedness, intimacy, closeness, vulnerability, release, elatedness, love. And the other painful stuff too. Shame, fear, hurt, sadness.

Are we expected to not have these feelings in no strings attached sex? Is it as simple as telling ourselves to not feel the feelings that are coming up?

It’s easy to say ‘no strings attached' but in reality we’re talking about sex. One of the most complicated, beautiful, and exciting thing two (or more) people can share together.

Can we really separate our hopes, feelings, expectations, and obligations from the actual physical act of having sex?

Can we expect no lingering connection after having sex with someone? No stray feeling that hasn’t been explained or compartmentalized?

There's potentially ‘no strings attached', and then you don't know until afterwards! Sex is biologically built to bond people.

If ‘no strings attached sex' is possible then these tips will help you have it.

4 tips on how to have ‘no strings attached sex'

1. Be clear with yourself

[Having ‘no strings attached sex'] requires really good communication (a skill not often possessed by those who would like to engage in it).

Identify what you want from the experience. How do you feel about your partner? Is this a one time thing? Would you like to see them on a regular basis? Are you secretly wanting more than just sex? Be clear with yourself before going into it so that you can be clear with your partner.

2. Be clear with your partner

Level up your communication and be upfront about your intentions before having sex with them. Be explicit:

I want to have ‘no strings attached sex' with you. This might only be a one time thing.

I really like you and I’m not sure I can have ‘no strings attached sex'. I’ll probably start falling for you because when I have sex with people I develop a bond to them. And I think I really like you.

Give them all the information you have so they can make an informed decision about having sex with you.

Unless your partner wants exactly what you want, when you want it, know that some people won’t be up for it. For some sex is just too closely linked to the heart and soul to be able to have it without strings. Some people prefer the intimacy that comes with sex with strings.

If you’re 100% upfront about your intentions then every rejection is a win. It means less hurt feelings on the backend and we could always use less of those.

4. Be kind and forgiving.

Feelings crop up and feelings change. Know that. What might start off as ‘no strings attached sex' for both partners might change. It fact it's almost guaranteed to change.

two people getting intimate like that, no matter how many times they tell themselves, “It's just physical sex, doesn't have to be more complicated than that…”, it'd be foolish to think they won't have feelings arise.

So when those feelings change, and we know they will, be kind and forgiving to your partner, no matter how casual and clear your agreement was in the beginning. It's no ones fault. Feelings can develop even when we don’t want them to. It’s kind of sweet actually, take it as a compliment.

Go forth and have no strings attached sex

Thread lightly, be exquisite in your communication, and operate from a position of kindness and understanding.

When things don’t turn out as planned us it as an opportunity to explore a new relationship shift with your partner. Find out why feelings are changing and if you’re ok with the shifting nature of the relationship. That’s what they do inherently. It’s OK, and it’s normal. Have fun with it and let us know how it goes.

Shaun Galanos is the The Love Drive. He lives and writes in Montreal.