A Therapist’s How-To On Getting Over Your Brutal Breakup 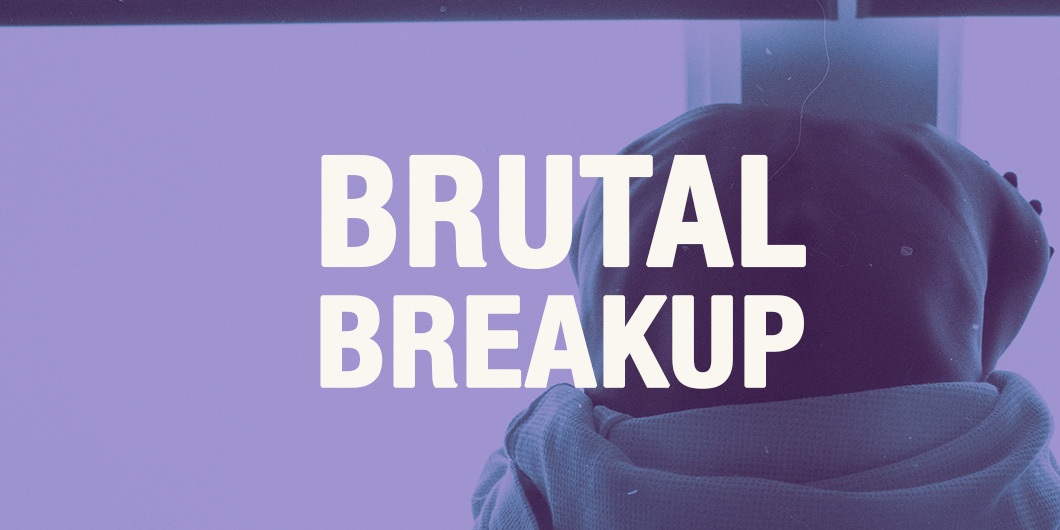 What’s the best way to move on after divorce and deal with post marriage ending depression? This has been a brutal breakup for me.

Ouch. Breakups can be  devastating and debilitating, especially if you don't have the resources to deal with in a healthy way.

Brutal breakups can make you want to pull the blankets over your head and spend three months crying it out and waiting for the pain to pass. Or you can pretend like it never happened.

No matter how you think you should deal with it, here's what a trusted therapist thinks you should do instead.

No One Likes a Brutal Breakup

I remember my first, and only, brutal breakup. We hadn't even been together that long, but the relationship was so intense, and the breakup even more so. I call her the crazy ex but in reality I was the crazy one.

Regardless of who the crazy one is or who breaks up with who (she broke up with me), no one likes a breakup.

Breakups are even worse when you’re married. With kids, and a mortgage.

I’m not married even though I thought I’d be by now. With kids, and a mortgage.

That’s not the way life played out for me. Instead, I have a dog, a pickup truck, and I live in a studio in Montreal (quite possibly the start of a modern Canadian country song).

But regardless of whether you're married or not, breakups suck. No one’s arguing that. Going from a relationship that you thought would be ‘the one’ to turning the lasers on each other is no fun for anyone.

Brutal Breakups Are Part Of Being Human

If you’re one of the lucky ones that have somehow escaped it, either because you’re the one who breaks it off before your partner does, or because you haven’t met the one that’s going to break your heart, I hope it happens for you, soon.

It’s part of life. You can't honestly love unless you open yourself up to another person. Love takes intimacy and vulnerability, which unfortunately also opens you up to being hurt.

For me, it's a risk worth taking.

Are you experiencing a particularly devastating breakup?

Do you want to know what it takes to deal with post-breakup depression?

Do you want advice from a real therapist who’s been working with couples issues for over a decade, and not just some guy living in Montreal with his dog and his pickup? Great, read on.

Esther Perel is right up there with Brené Brown. Her newest book, The State of Affairs: Rethinking Infidelity is a riveting read about infidelity and its effects on the moderns relationship.

I caught Esther’s appearance on The Tim Ferris Show, and while Tim rubs me the wrong way every time he opens his mouth, I can’t deny that his guests are world-class thought leaders and experts in every discipline.

Before we dive into her suggestions, this is what she has to say about the difference between how men and women grieve after divorce.

Men have a harder time than women with divorce in almost all aspects other than financially. They suffer more and are more at risk for increased drinking and suicide. They’re more likely to attempt to get through the divorce without help.

Men need women, even though they want to pretend they don’t. It goes against the cultural narrative and is a sign of weakness to show people that you can't do everything alone.

So while men might look like they’re not in as much pain, they are and have been cultured to hide it.

Here are Esther’s suggestions on getting over a divorce and how to deal with the accompanying depression.

A Therapist's How-To On Getting Over Your Brutal Breakup

Reaching out is one of the more powerful ways to heal. Find loving friends you can talk to. Go on a men's only or women’s only retreat.

There’s nothing comparable to coming together to talk about what’s going on in your life with a group of your peers. It’s empowering, it builds solidarity, and takes you out of the loneliness, the shame, the isolation, and the feeling of marital failure.

A group coming together to hold one person that can’t hold themselves is beautiful and healing.

Breakups are energetically draining. Being depleted of energy makes everything harder and the healing process longer.

One of the better ways to get energy is to help others through volunteering. The research is clear; the most potent antidepressant is doing for other people.

It puts what’s important in perspective and makes you feel like you have something to offer. It makes you feel appreciated by the people whom you’re helping and begins to change the equation of what’s going on inside of you.

According to a recent research project at Exeter Medical School that collated evidence from 40 different studies over the last 20 years, they concluded that volunteering led to lower depression and increased wellbeing.

Too busy to volunteer but not too busy to endlessly scroll social media while huddled under a pile of blankets?

Do an internet search for "where to volunteer, " and you’ll find hundreds of options.

Journaling is an integral part of mourning. Writing offers a release, an opening. It allows you to get your pain down on paper and out of your head, if only for a little while. Even if you only write half a page of angry scribbles, you’re positively contributing to your healing process. When the pain comes back, and it will, lather, rinse, repeat.

This is the main takeaway. Share your story. As painful as it is to talk about, people appreciate it. When you share, you empower others to share, and you let people help you and be of service to you.

People are made to feel significant when someone else opens up to them. Deep down people want to help, and they want to listen.

But they need your permission first, and opening up to them is a way of permitting them to be of service.

Bonus Tips From a Guy And His Dog

Take a break from dating and sex for at least 6 months. No one wants to date a heart broken person. Take some time and focus on yourself and cultivating self love. Here are several ways to start.

Having to care for another living thing will take your mind off of your heartbreak, and dogs (or cats) will love you unconditionally no matter how much you're hurting.

Workout. Get buff. Lose some fat. Enjoy your new sexy body. Benefit from sleeping better and being less depressed. Look hot for the next person who comes along.

Kinda goes without saying but if you eat well, you'll feel better. A pizza on the couch in front of a movie is great now and then, but do it nightly and you'll start to feel (and look) like a big cold soggy pizza.

Even five minutes a day will make you feel better. Google "how to meditate" if you have no idea where to start. It's proven that meditation is also an anti-depressant.

So instead of pulling the blankies over your head and waiting the pain out, take an active role in your healing process. It will get better, especially if you implement some of these strategies for getting over your brutal breakup.

And remember, you're not alone, and you're totally worth it.